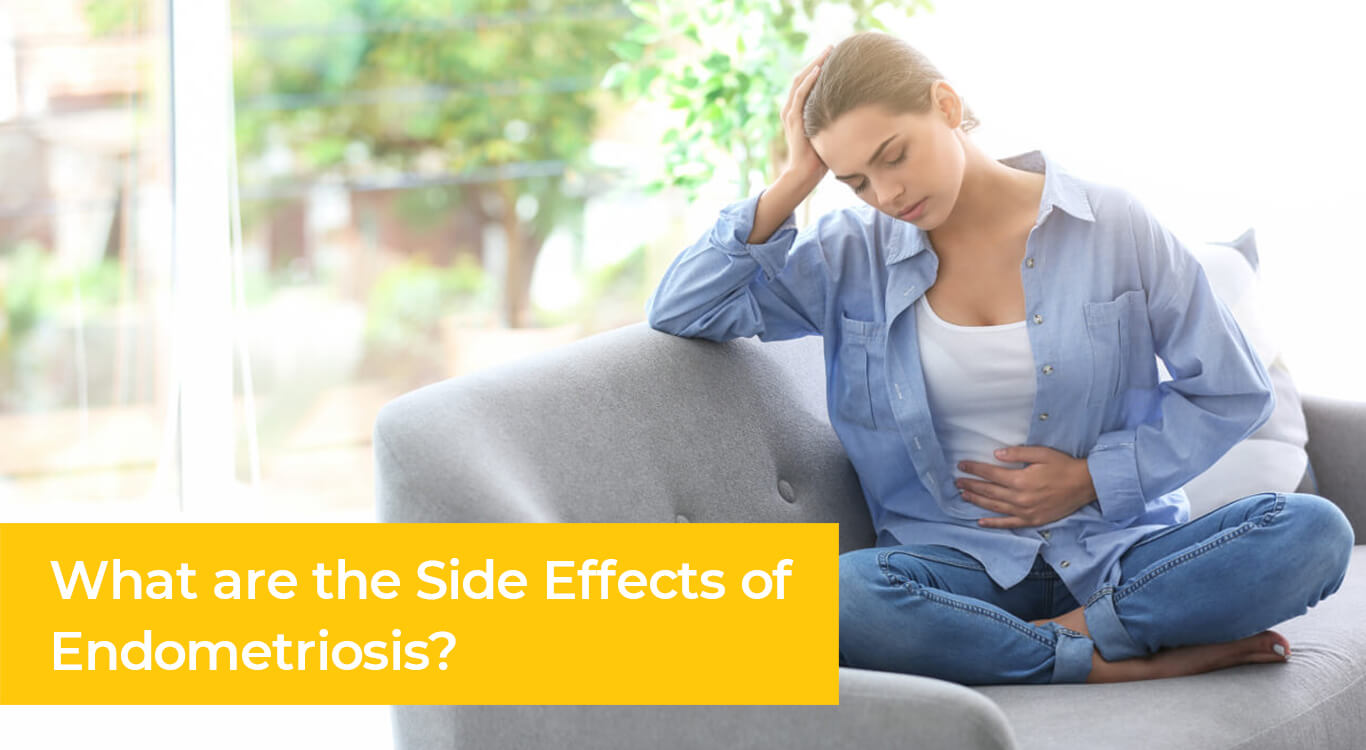 Endometriosis is a complex disorder in which tissues that normally form inside the uterus, are found outside it. In most cases, they are found over the fallopian tubes, ovaries, and the intestines. This leads to severe abdominal pain, especially during menstruation as the tissues shed blood similar to the endometrial lining and there is no way for the blood to exit the body.

Some of the basic signs and symptoms of Endometriosis are as follows:

Since endometriosis directly affects the normal functioning of the uterus, it has a direct impact on fertility.

Other side effects of endometriosis

Over time, endometriosis has shown to be associated with many abnormalities and imbalances of the body such as headaches, weight gain, mental concerns, fatigue, and inflammation. The other unusual symptoms of endometriosis also include chronic and long-term diseases such as cancer, autoimmune diseases, and cardiovascular diseases. We have further explained these other symptoms of endometriosis in detail for better understanding.

Furthermore, another unusual symptom of endometriosis caused by inflammation is hypercholesterolemia or increased levels of cholesterol which could also lead to possible cardiovascular diseases.

Therefore, the side effects of endometriosis are not only confined to fertility but can also pose a threat to life in the long run. If you or anyone you know shows the first signs of irregularities in menstruation along with unexplained headaches and severe abdominal pain, it is best to consult a doctor at the earliest possible to avoid further damage to distant tissues and organs.

Chocolate cyst symptoms – How can they affect healthy ovaries?

Counselling for infertility- Its role in helping an infertile couple

Uterine fibroids are non-cancerous growth that grows in or on the uterus. Are they dangerous? Learn about the management of uterine fibroids in this blog.

Chocolate cyst symptoms – How can they affect healthy ovaries?

Healthy ovaries can be affected by chocolate cysts as a result of endometriosis.
Learn about chocolate cyst symptoms and ovarian cyst management.

Counselling for infertility- Its role in helping an infertile couple

Many couples have a dream of building a family together. The joy of parenthood is indescribable. However, an increasing number of couples are beginning to face the problem of infertility.